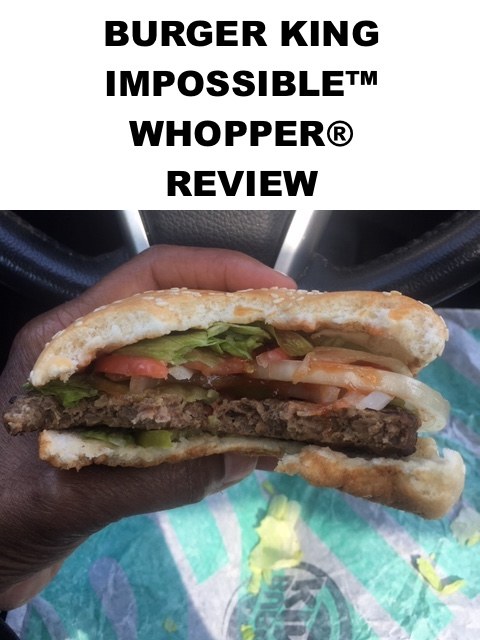 I got a chance to try out Burger King's Impossible Burger last week. It was delicious but there is a problem, it is very high in calories.

The Impossible Burger is a product from Impossible Foods, Inc., a company that develops plant-based products that are meant to taste like real meat. The burgers are made up of mostly soy protein concentrate (a highly-processed form of soy), coconut oil and various additives to help give the burger its meaty texture.
Burger King's Impossible Whopper has Burger King’s signature grill flavor with ketchup, onion, mayonnaise, pickles, tomato, and lettuce. However, they do ask you if you want cheese on the burger, but if you are a vegan, that is something that you probably would not add. Burger King’s Impossible Whopper has the same amount of protein as the meat Whopper version but with 15 percent less fat and 90 percent less cholesterol. Both burgers have the same amount of saturated fat.

The Burger King's Impossible Whopper has a whopping 600 calories per serving or burger. If you remove the mayonnaise, the calorie count goes down to 470 calories. The fat and saturated fat decreased from 34 to 16 and 11 to 8 respectfully.

What is the bottom line:
The Impossible Whopper is a tasty treat, but if you are calorie conscious, you might want to skip the fries and eliminate the mayonnaise so you won't blow your diet.