"If it sounds too good to be true, it probably is" 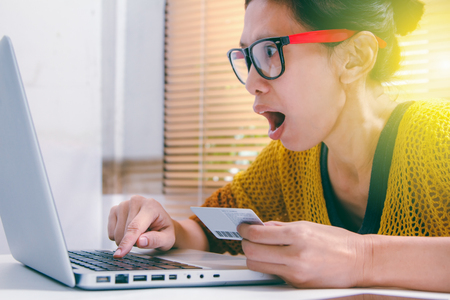 As some of my followers and friends might know, I'm trying to make money online with my fitness business. Well, last year I got a Facebook message from a friend asking me about a company that contacted her about working for them. She wanted to know if I have ever heard of this company. The company, NHE- Wellness Services-Advanced Credentials for Health and Fitness Professionals, I have never heard of and I have been in the industry for over 25 years. This should have been a big red flag right there.
I went on their site, which looks like something you would see in the early stages of the internet (red flag #2), and read about the careers they offered.  I saw a position for a Personal Fitness Management Specialist. It was a work from home position. They were looking for someone to help the company with their Facebook account. Red flag number three should have been the salary. For working part-time, 20 hours a week, the hourly rate of pay would have been $36.25 an hour. Of course, I sent them a resume (December 2015) and never heard from them. 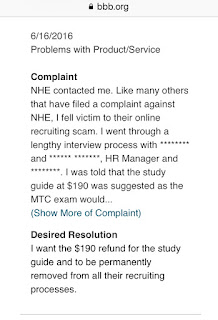 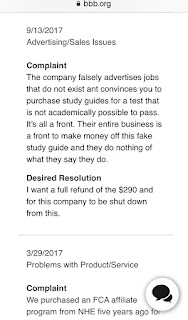 Just last week, my friend who just got her certification was contacted by the same company but this time they were doing phone interviews. I told her about my thoughts on the company on being a little fishy. I went back on the site and this time they are looking for people to write online fitness programs for people who have gone through fitness assessments.

I decided to sign up for a phone interview and it was set for yesterday October 3, 2016. Something told me to Google information about NHE and this is what I found. They seem to look for newbies in the fitness field, somehow they get the information of people who just passed a certification, they send out emails about working for them.

I told my friend that I thought was a scam and I probably would ignore the call, if they called me for an interview. They called. The lady on the phone asked me a series of questions, like do I understand how to use the latest fitness equipment? Hello, that is a strange question to ask a fitness professional especially someone who is just certified or has been training or teaching for years. I asked her where they were located and she became very annoyed and told me she would send me an email.

They are probably someone in a small office with a couple of phones and a lot of boxes, well that's how I envisioned them to be. Anyway, don't fall for the Okie Doke, they don't have jobs, they don't certify anyone and if they do, you can't use that certification. If someone is trying to find employees, why are they making people pay for a study guide? It's a scam so watch out for this one fitness professionals.