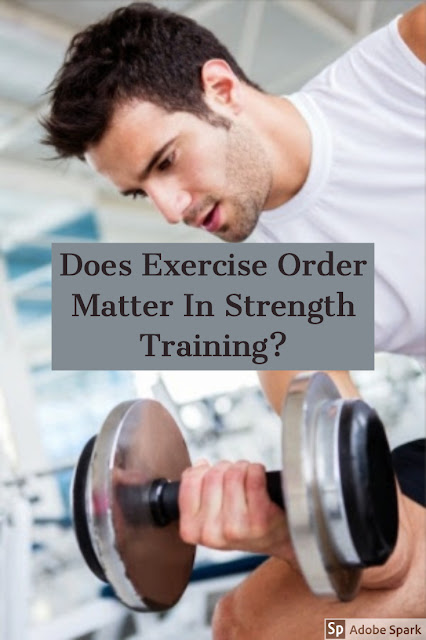 One of my New Year's resolutions was reading more and of course, I failed. Every month the American Council on Exercise sends me the IDEA fitness journal and I just toss the editions into the corner. Well, this week, I restarted on my goals and I have already learned something new that goes against what I have been trained previously.

I was taught and have trained my clients to work their large muscles first and then move to the smaller muscle groups last when strength training. If they were training their total body, I would recommend that they train the back or chest first or vice versa, followed by the shoulders and then biceps and triceps.

The reasoning behind this theory is to train the large muscle groups first because if you train the smaller ones at the beginning, the smaller muscle assists in the movement when you weight train, you will lose body form or be too fatigued to properly work the larger muscles.

This theory has been questioned by a 1996 study and by a recent 2012 study by Simao, R., de Salles, B.F., Figueiredo, T., Dias, I. and Willardson, J.M. (2012). Exercise order in resistance training. Sports Medicine, 42(3), 251-265. They had 17 trained men performed 4 sets of 8 repetitions of 6 different exercises from large to small (session A) and then they examined doing the same exercises but went from small to large muscles(session B).

The researchers concluded that if you want to maximize the stimulus to a particular muscle group then you should exercise that muscle group first.

I started utilizing this theory with a client who lacks shoulder and bicep strength. I was training him using the larger to smaller group theory only to find that he was not making any strength gains with his shoulders and biceps. When I put those muscle groups first, he gained strength, especially with his bicep muscles. His shoulders are still a work in progress, however, he did make some small strength changes in that area.

If you have a muscle area that is significantly weaker than the other muscles, it would be prudent to train that area first. If you are finding that you are struggling with strength gains, seek professional help from a personal trainer or a physical therapist.