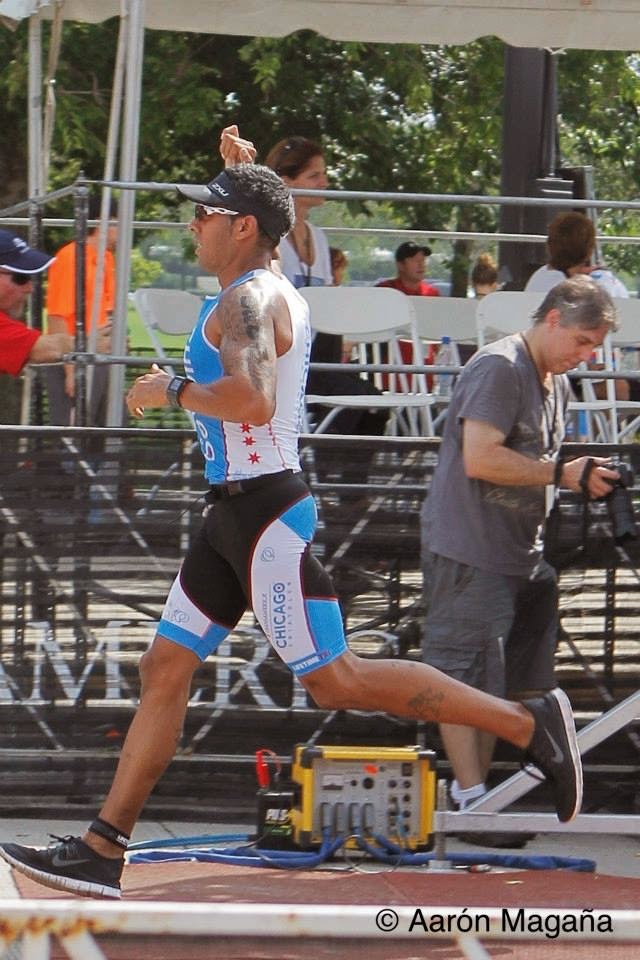 Let me introduce Eduardo Hernandez -- he is my girlfriend's boyfriend; a runner that has qualified for the Boston Marathon.

What made you decide to change your lifestyle?

In February of 2012, I decided to change my lifestyle because it negatively impacted my running. I was running without watching what I consumed. Because I love to eat, especially Mexican food, I never thought that the food I ate would impact my running. But the more involved I became with my  running, the more I realized the detriment of my bad eating and drinking habits. It is upon that realization, I decided to stop drinking alcohol and made the decision to eat better.

What was your first race?

My first race was the 10 kilometer Rockdale Ramblin Run in Joliet, Illinois, in 2012. My time placed me as one of the top forty finishers and fourth in my age group. Even though I did well in that race, I didn't know about personal records (PRs), pacing, race time, running nutrition, and etc. But I knew I had uncovered a passion for the sport, and I have been running ever since.


What other races have your run?

That same year (2012), I ran a Half Marathon in July and a Chicago Marathon in October, in 3 hours and 8 minutes. In 2013, I shaved my marathon time by 11 minutes, to 2 hours and 57 minutes. My first year of running was the beginning of a new racing era. I have been entering many races, since then, namely the 2014 Ragnar Relay race. This is a race that entails 6 runners running about 200 miles, from Wisconsin to Chicago. The race is spread out over 2 days and by the time we reach Chicago, we are pretty much spent. In October of 2014, I ran the Chicago marathon again and qualified for the Boston marathon which will take place on April 20, 2015.

Do you practice other sports?

Yes, I weight train, swim and cycle because I will be doing my first Half Ironman, this year, in Miami on October 25, 2015.

In January, my girlfriend and I went on WHOLE 30 - the detox version of the Paleo lifestyle. It is a stricter version of the Paleo program. We wanted to cleanse our bodies and, lose the extra pounds we gained over the holidays. We were on the Paleo diet beyond the intended 30 day program, making sure we continue to eat clean. Every now and then, I come off of it but it is usually during my “cheat day.” I am a lot more conscious of the foods that are healthy and that benefit my training.


What are your future goals?

I want to PR (Personal Record) in Boston with a time of less than 2:57. I also hope to and do well in the Miami Half Ironman. My goal is to complete the Half Ironman Marathon in 5 hours and 30 minutes or less. I also would like to qualify for the Kona Ironman in Hawaii, in the near future.


Where can folks keep up with you?