Your Guide To The Best Ab Exercises

The Ab Crunch is King 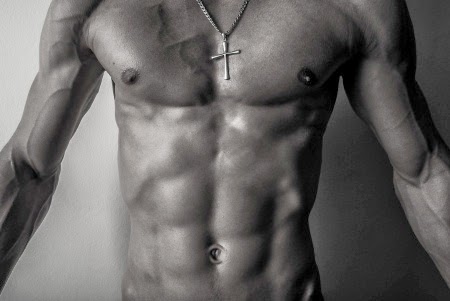 *Good information even though it is study is from 2014.

The plain old abdominal crunch is now taking its place back as the number one exercise to stimulate the rectus abdominis muscle. A recent study by the Clinical Exercise Physiology program at the University of Wisconsin La-Crosse has proven that no other exercise elicits greater muscle activation than the traditional crunch.

The study recruited 16 healthy volunteers between the ages of 16 to 24 years old.  Each participant practiced each exercise in the study along with exercises from several highly advertised ab equipment. The equipment free exercises included the following: the yoga boat pose, the plank, the side plank and the bicycle crunch.  The exercises utilizing ab equipment were the Ab Circle Pro, Ab Roller, Ab Lounge, Perfect Sit-Up, Ab Coaster, Ab Rocket, Ab Wheel, Ab Straps, the stability ball crunch, decline bench curl-up, and the captain’s chair crunch.  Researchers placed electrodes on the upper and lower rectus abdominis (URA and LRA), external obliques (EO) and the rectus femoris (RF) of each subject and measured the maximum voluntary contraction (MVC) of theses muscles during the performance of the above exercises.

They also found that there isn't any significant difference between the upper abs and lower abs. When performing abdominal exercises, you can't selectively work the muscles in the upper abs versus the lower abs. This was found in all of the exercises performed above.

As for the basic or traditional crunch itself, there is no difference in muscle recruitment if you put your hands on your chest as opposed the back of your head and neck. It has been long thought that some individuals put their hands behind their head and wrench of their body up and forward when performing the crunch, which is considered bad form.  As you can see, that there was no difference in muscle activation between the two types of crunches.

As far as the external oblique muscles this is what the researchers found:

"As for the EO(external oblique muscles), there were six abdominal exercises that had significantly higher muscle activation than the traditional crunch: the decline bench curl-up, Ab Lounge, Ab Wheel, captain’s chair crunch, Ab Straps and the Ab Coaster.  Researchers point out that the likely reason for this higher activation is because those machines are more free-moving and require the subject to maintain balance and control throughout the exercise, using the EO to stabilize the entire body."

The plank is still one of the best exercises to do when you are trying to work the transverse abdominus which helps to stabilize the spine. Even though the plank didn't significantly effect the rectus abdominal muscle, don't drop it from your workout because there is no single ab exercise that effectively challenge all of the muscles of the core.

If you don't have a lot of money to spend on equipment and you want to work your core, the basic crunch will do the job very nicely.  However, if you would like to buy some ab equipment to make you commit to an ab routine, most of the machines above except for Ab Circle Pro will do just fine.

What do you think of the University of Wisconsin La-Crosse's findings?  Read the complete study here.