Protect Your Children From Knee Injuries 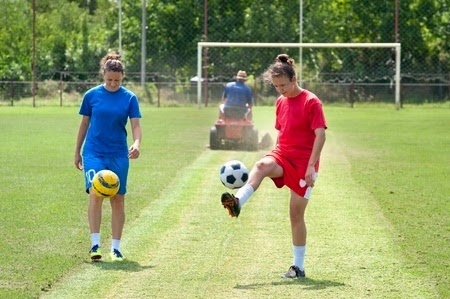 Last week, I was watching the nightly news and it was reported that the number of knee injuries in children is on the rise.  This is due to children who are active in team sports and the kind of injury is a torn ACL ligament to the knee.

The anterior cruciate ligament one of the four ligaments that is found in the knee. Each year there is about 100,000 ACL injuries in the United States and it is beginning to seen in children, especially girls, who are in elementary school.  The following was reported on ABC news:

Doctors say they are seeing more torn ACL cases in elementary schools, from children playing tackle football to doing gymnastics, and the numbers are so large that pediatric orthopedic surgeons like Dr. Daniel Green at New York’s Hospital for Special Surgery are calling it an epidemic.

“We recently looked at the database in New York and found a five to six-fold increase over the last 20 years of ACL surgeries in children,” Green said.

If your child is involved in an activity that repeated does pivoting, landing, cutting and running sports that can be contact or non-contact, you might want to condition your child with some warm-up exercises before their activity.  If not, encourage the coach to take the children through the workout before the game.  FIFA(Fédération Internationale de Football Association) has come up with exercises, called the FIFA 11+ warm-up program, that can be done before practice. It takes about 15 to 20 minutes to go through the workout.  By doing these exercises, it can reduce the rate of knee injury by 70% according to one study.

If you are struggling to workout, why not do these exercises along with your child to protect them and motive you.  Do you have children and do they participate in sports?