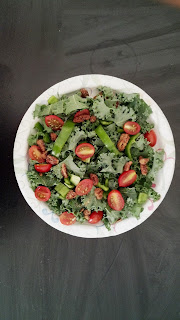 Today's guest blogger is Harrison from Extreme Health-Over. Check out his site for more updates on the Paleo diet.

Paleo on a Budget: Part II

Now that you know exactly what Paleo is, and I’ve told you some of the basics of going Paleo on a budget in Paleo on a Budget: Part I, it’s time to learn more money saving strategies so that you can start saving that cash! These strategies aren’t difficult or complex, they’re just easy and they save you money; what more can you ask for?

Paleo on a Budget (Continued)

Well, there you have it, Frugal Exercisers. Those are my tips for going Paleo on a budget. They might me simple, they might be a little time consuming, but one thing they aren’t is expensive!