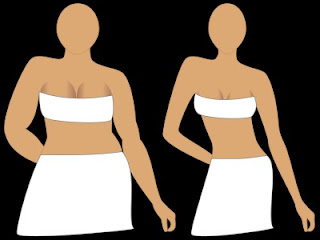 I have been preaching that resistance training raises your metabolism for a longer period of time and burns more fat, and now I have to reverse what I have been teaching. According to a study conducted at Duke University in 2012, it has been found that aerobic exercise burns more fat and contributes to  greater weight loss than resistance training and the combination of the two(aerobics and weight training).

In recent years, it has been suggested in the fitness world that resistance training raises the body's metabolism by increasing muscle mass, which allows one to lose more weight than doing aerobic exercises.  And it has been demonstrated that weight training does help with improving glucose control, but studies on weight and fat loss with weight training versus aerobic exercise were non-existent.

The researchers at Duke University set out the clear up this issue.  According Leslie Willis, MS, an exercise physiologist at Duke stated, "Given that approximately 2/3 of adults in the United States are overweight due to excess body fat, we want to offer clear, evidence-based exercise recommendations that truly help people lose weight and body fat".

The researchers recruited 234 obese and overweight subjects and randomly assigned them to 3 different workout groups.  Group 1 worked out aerobically 3 days per week and 3 miles per workout.  Group 2 strength trained 3 days a week and performed 3 sets of 8 to 12 repetitions.  Group 3 did the combination of the two, they did 3 days of weight training with the same reps and sets and 3 miles of aerobic activity for 3 days a week.

The exercise sessions were supervised and body composition measurements were taken at the beginning and the end of the study.  Of the 234 subjects that started the study, 115 dropped out before the study concluded.

The combination group worked out the longest per week and they did lose body fat and body weight but not significantly higher than the aerobic group.  The combo group did lose the highest fat in the waist area. They contributed this to the duration of hours to do the combination program a week.

Even though, it has proven that aerobic workouts are the best for fat loss and weight loss, but by no means, you should not do resistance exercise.  Strength training is a component of being physically fit and should not be omitted from your workouts. However, if your goal is to lose weight, maybe your concentration should be on aerobic exercise.